In our last blog we talked about the benefits of digitising your old VHS tapes. We’ve had an amazing response from customers wishing to revisit their own home-movie moments and we’re really happy that we can help reconnect people with such precious memories they may have resigned to not watching ever again. What perhaps we weren’t anticipating was the demand to digitise MiniDV tapes!

Remember them? We barely could! And not because we’re too young to recall their place in the technological timeline; it’s because as quickly as they rose to prominence they quickly were replaced by better technology. Let’s remind ourselves of their history….

MiniDV was launched by Panasonic and Sony in 1995, and down to it’s far more compact weight and size (a dinky 2 inches tall!), quickly became the go-to choice for professionals and amateurs alike. Heck, documentaries and cinema releases even utilised the technology: take the hugely popular Supersize Me released in 2004 as a well-known example.

And so, gone were the days when as a home-movie enthusiast your only option was to lug a huge VHS camcorder around, only to miss the moment the candles were blown out on the Birthday cake! MiniDV camcorders were offering a much more slimline and portable option – meaning you could capture those moments quicker and with less setup time. Plus, the results were better too – better resolution and more comparable to a true digital picture. Sleeker and slimmer recording technology; this all sounds great doesn’t it? Well, yes. For a short time at least. 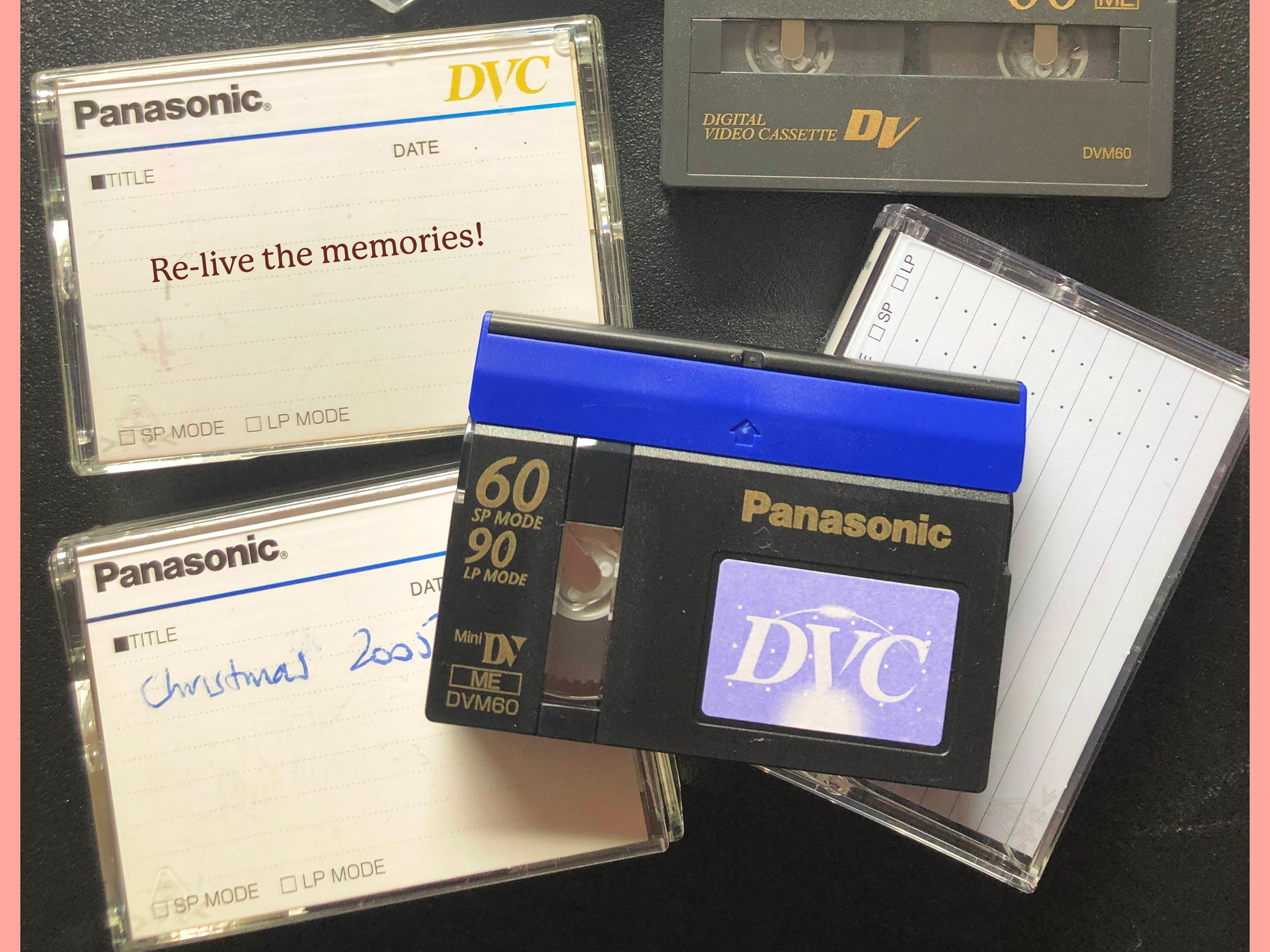 The meteoric rise of memory-card based recording equipment and the DVD soon knocked our little tape-based friends off their perch, and MiniDV became an extremely short-lived, distant memory. And unlike it’s VHS predecessor, it made itself extremely difficult to access retrospectively. What we mean by this is unless you own a Mini DV VCR deck (rare and expensive to the average consumer),  or you still have a working MiniDV Camcorder with all the correct connections allowing you to rig it up to your television or computer you’re at a bit of a loss. Generally speaking, most people have done away with their ageing technology and this is also true of technology manufacturers themselves when developing their next machines. FireWire ports and old memory card slots just aren’t found in most computers anymore, making it even harder to get your old camcorders hooked up! And all this is before we’ve even taken the state of the tapes themselves into consideration – all magnetic media has a shelf-life after all, and can deteriorate quicker than you think.

Well, The Memory Lab can help unlock those MiniDV memories – potentially before it’s too late! Re-live your early 2000’s moments with our Digitising service and get your precious family archive backed up and ready to be rediscovered. We take all the stress and time out of attempting the process yourself and even throw in a usb stick to catalog your newly converted video files and share them easily!

Got an old box of MiniDV tapes but don’t know where to begin? Contact us and let us guide you through the MiniDV digitising process to help get your “forgotten media of the naughties” preserved for many years to come! Who knows what you might find…..!

We post regularly on Facebook and Instagram where you can also reach out to us through direct messages if you need more information about any of our services.

We post regularly on Facebook and Instagram where you can also reach out to us through direct messages if you need more information about any of our services.